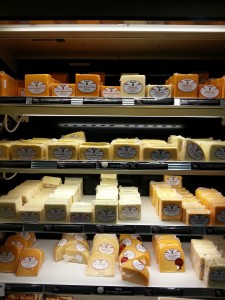 Our Master Cheesemaker, Gary Grossen leads a team of student interns in the production of nearly 40,000 pounds of cheese each year.

Currently, they are producing 23 different styles and flavors of Babcock cheese.  See below for a complete list!

After aging for the proper amount of time, cheeses are cut up into either one-pound or half-pound blocks and sold in our on-site Dairy Store.

How Do We Make Cheese here at Babcock? 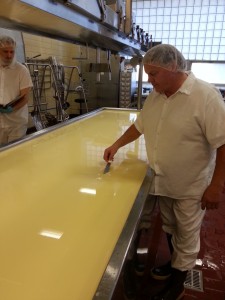 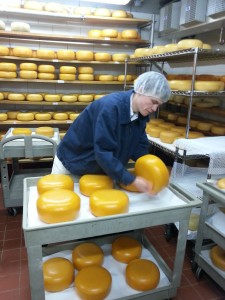 What Kinds of Cheese Do We Make at Babcock? 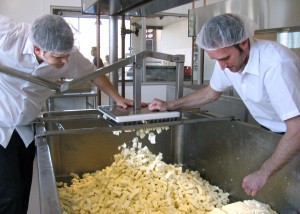 Cheese is made by treating milk so that it coagulates into curd (a thick, custard-like solid) and, at the same time, releases a thin, watery liquid called “whey.” The curd is then prepared and ripened, becoming the basis for the cheese.

The type of cheese made depends on a wide variety of factors: the animal from which the milk comes; the soil, grasses, water and climate of the region in which the animal grazes; and the cheese making process used.